In 2000, Jennifer became the co-founder and president of Massachusetts 2020, an education organization dedicated to expanding learning opportunities for children across Massachusetts. During its first seven years, Massachusetts 2020 led eight strategic initiatives to improve education and after-school learning opportunities for high poverty students across the state. Additionally, in 2005, in partnership with the Massachusetts governor’s office, the state legislature, and the Department of Elementary and Secondary Education, Mass 2020 launched the Expanded Learning Time Initiative (ELT) –a research, policy, and technical assistance effort to redesign public schools. Massachusetts ELTexpands and improves the learning day for students to include at least 300 additional hours of academic and enrichment programming.

On October 2, 2007, Massachusetts 2020 launched a national organization, the National Center on Time & Learning (NCTL), which is dedicated to expanding and modernizing the American school calendar to meet the needs of students in the 21st century. In addition to a robust federal policy and best practices research agenda, NCTL is advising state and district leaders on models for expanding school time in order to significantly improve student achievement and prepare students for success in college and the work force. 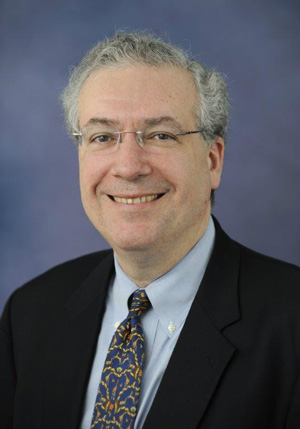 Chris Gabrieli is the co-founder and former Chairman of the National Center on Time & Learning (NCTL) and is known nationally as a leading advocate for expanding learning time (ELT) particularly in schools serving high percentages of students living in poverty. Chris helped lead the development of the first state policy in the United States to fund district schools’ conversion to ELT. He has worked closely with former Secretary Duncan, USED and the Ford Foundation to launch the TIME Collaborative, a five-state, multi-year initiative to harness ESEA waiver flexibility to launch high-quality ELT schools in MA, NY, CT, TN and CO.

Chris is also the co-founder and current CEO of Empower Schools, Co. which works with policymakers and both traditional educators and proven non-profit operators to fundamentally re-engineer traditional school systems into diverse education ecosystems centered on empowered and accountable schools. Chris serves as Chairman of the Springfield Empowerment Zone Partnership (SEZP), a pioneering state-district collaboration to support success at eight Springfield, MA middle schools that collectively serve 4,400 (80%) of the district’s middle grade students.

In addition, Chris is a co-founder of Transforming Education, a non-profit organization that supports education systems and educators in policies and practices that aim to equip students with the non-cognitive competencies they need, alongside academic skills and knowledge, to succeed in college, career and life.  TransformEd is the strategic advisor to the largest such effort in America – the inclusion of measurement of student social-emotional learning skills in the performance measures of over 1,000,000 California students in the seven districts collaborating as CORE (California Office to Reform Education).

Chris’ book (with co-author Warren Goldstein), Time to Learn: How a New School Schedule is Making Smarter Kids, Happier Parents, and Safer Neighborhoods was published in 2008 by the Jossey-Bass imprint of Wiley.

Chris is currently the Chairman of the Board of Higher Education in Massachusetts and a part-time Lecturer at the Harvard Graduate School of Education where he leads the Massachusetts Education Innovators breakfast group in partnership with the Dean and Professor Paul Reville.

Chris is a Partner Emeritus at Bessemer Ventures Partners where he helped entrepreneurs build biotechnology and healthcare companies and began his business career as the founder and CEO of GMIS, a medical software company that became a leader in its field and a publicly traded company.

Chris serves on numerous civic and university boards. In 2002, he won the Democratic primary for Lt. Governor and came in second in the primary for Governor in 2006.