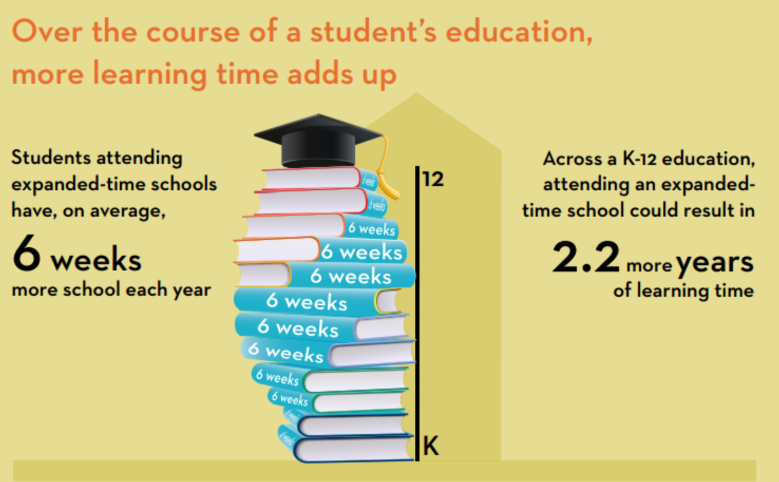 Fueled by policy action at the federal, state and local levels, the number of expanded-time schools has doubled over the past two years! Schools with redesigned and expanded schedules are now serving over one million students in predominantly urban communities across the country.

Thirty-five districts across more than ten states have implemented a longer school day and/or year in participating schools. Today, NCTL and the Education Commission of the States (ECS) are releasing Learning Time in America which reviews more than 40 state laws that relate to school time that passed during the last two legislative sessions. Many of the laws Learning Time in America outlines incentivize schools to innovate or provide new flexibilities in school governance to reconfigure schedules, staffing, and budgeting, often resulting in substantially more learning hours for students.